The Fall of the Sagging Pants Era Is Upon Us 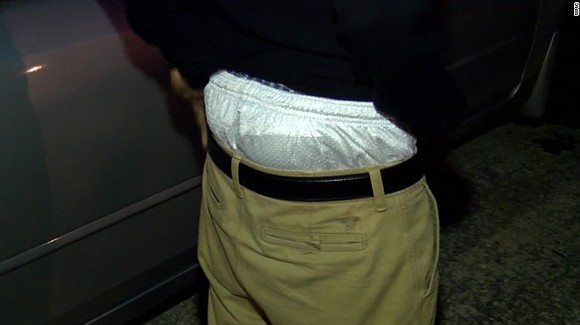 (CNN) -- For years, we've watched them waddle in front of us like tipsy penguins, hitching their flopping pants up as they shuffled along.

Some saggers dropped their pants down just below their waist, giving us just a glimpse of their butt cheeks. Others went full-on sag, tying their pants mid-thigh, a sartorial maneuver that made them "look like they were pooping themselves while they walked," one critic observed.

There was, of course, a backlash. City councils passed "droopy drawers" laws, punishing men for wearing their pants too low. Saggers were booted off airline flights and buses. Community leaders launched "Stop the Sag!" billboard campaigns. Yet no one could stop this fashion blight.

But America recently reached a cultural turning point that few seem to have noticed: The days of staring at the droopy drawers of young men in public are coming to a close, fashion experts, historians and even holdout saggers say.

The era of sagging pants is ending.

Fashion trends have long provoked bewilderment. In 16th century England, wealthy women blackened their teeth to mimic the decaying teeth of Queen Elizabeth I, whose fondness for sugar destroyed her oral health. European men around the same time wore codpieces to advertise their phallic prowess. Ancient Egyptians were the original coneheads: Noblewomen wore scented cones made of wax, fat or oils that released a scented fragrance as they melted.

Still, the sagging pants phenomenon was such a curious development that its passing merits some examination. How did young men wearing their pants closer to their knees than their waists ever become fashionable? Why did it stop being popular? And if sagging is now so passé, why are some people still sagging in public?

What started the sag

One can't discuss sagging without addressing one of its most common origin myths. The short answer: It didn't start with homosexual sex in prison. According to lore, inmates allegedly sagged their pants to signal sexual availability. But Snopes, the fact-checking website, says this story is false.

Sagging did begin in prison, but for a more banal reason: Prisoners were often issued clothing that was too large for them and they couldn't wear belts. Explains Snopes: "Belts are not permitted in most correctional facilities because all too often the lifeless bodies of their inmate owners have been found hanging from them." Sagging was later adopted by rap artists such as Ice-T and Too Short, and by 1995 it had spilled into mainstream teen culture, Snopes said.

For the original saggers -- the young African-American men who sparked the trend -- sagging became an act of self-expression, a form of art.

"People in the margins are constantly innovating in fashion and style because they often have the least," said Tanisha C. Ford, an associate professor of black American studies and history at the University of Delaware and author of "Liberated Threads." "Their challenge is, how can you be creative with very little money and resources."