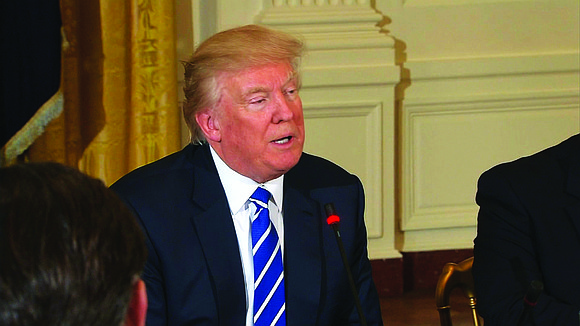 NEW YORK (CNNMoney) -- In the final months of the Obama administration, the Department of Labor filed lawsuits against Google, Oracle and Palantir for hiring discrimination and pay disparities.

So far, the Trump administration is keeping them going.

The cases have yet to be settled and the one against Google is now generating negative headlines in court. The development has surprised some people, considering the Trump administration's pro-business posture. Experts say it is largely the result of the vacancy at the top.

"It's just the slowness of the appointment process," says David Fortney, former acting solicitor for the Department of Labor during the George H.W. Bush administration.

Andrew Puzder, Trump's first pick for labor secretary, was forced to withdraw his nomination in February. He came under fire for employing an undocumented housekeeper and decades-old charges of domestic abuse.

Alexander Acosta, Trump's next pick for the role, has yet to be confirmed by the Senate. After that it could still be months before a new head is appointed for the agency's Office of Federal Contact Compliance Programs (OFCCP), which is the group behind the tech lawsuits.

"At this point, the decisions are being made largely by the senior career people, who are the ones who decided to file these lawsuits," says Fortney. "I don't think they have been reviewed closely by the new administration."

The Labor Department accused Oracle of paying white men more than other employees and claimed Palantir discriminated against Asian job applicants. The government agency said Google had not turned over enough compensation data for its employees.

On Friday, the department continued to press Google in court.

Janette Wipper, a Labor Department regional director, testified that the agency found a "systemic" problem of Google underpaying women, according to The Guardian. The Labor Department confirmed the comment to CNNTech.

The allegations come at a sensitive time for tech companies like Google, which have publicly talked up the need to boost diversity internally. But recent diversity reports show Silicon Valley remains predominantly white and male.

"We vehemently disagree with Ms. Wipper's claim," Google said in a statement provided to CNNTech. "Other than making an unfounded statement which we heard for the first time in court, the DoL hasn't provided any data, or shared its methodology."

The ongoing lawsuits stem from the three companies providing cloud or data services to federal agencies. As federal contractors, the companies are obligated to show the government that their hiring practices do not discriminate based on gender, race, religion, sexual orientation and more.

Reps for Palantir did not immediately respond to a request for comment. Oracle declined to comment on this story. In an earlier statement, Oracle described the complaint as "politically motivated."

The two tech companies have close ties to the Trump administration. Peter Thiel, cofounder and chairman of Palantir, was an early Trump supporter and member of his transition team. Safra Catz, co-CEO of Oracle, was also on the transition team.

Under Obama, the OFCCP was also "very aggressive" and "tried to push the envelope" on enforcement, according to one former Department of Labor employee who worked with the group and spoke on condition of anonymity. "We are not going to see that under Trump."

"It certainly appears that some of the OFCCP actions were filed hoping to secure quick headlines," says Fortney. He expects the next agency head will reassess these suits to make sure the Labor Department's "limited resources are being effectively deployed."