Can America Break Its Gun Addiction? 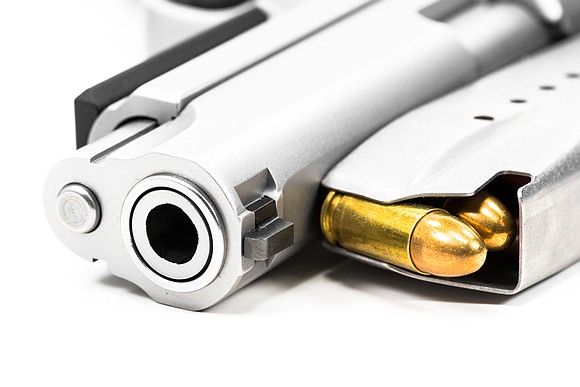 Can America break its gun addiction? After mass shootings in El Paso, Texas, Southaven, Mississippi, Dayton, Ohio and Midland and Odessa, Texas, public demand for sensible gun reform once more soared. And once more, Republican politicians, led by Donald Trump, were intimidated into inaction by the gun lobby, led by the National Rifle Association. Remarkably, it was America's largest retailer -- Walmart -- that exhibited the courage politicians lacked.

It was in a Walmart store in El Paso, Texas, where a gunman armed with an assault-style rifle, roused by the hate-filled rhetoric about a Latino "invasion" of our country, shot 48 people, killing 22. Walmart CEO Doug McMillon, a lifelong hunter, realized that they had to take action to protect workers and customers in their stores.

Walmart announced that it would ban open carry of guns in its stores.

In addition, it would discontinue selling handgun ammunition and ammunition that can be used in large-capacity clips on assault-style weapons. This was no small step. The NRA and other gun lobbies immediately called on members to boycott Walmart. Walmart itself projected that it would lose about half of its ammunition sales with this decision.

Walmart also called on the federal government to act, to "strengthen background checks" and to consider "reauthorization of the Assault Weapons ban."

Walmart's action moved other retailers to act, as Kroger, the nation's largest grocery chain, CVS, Walgreens and Wegmans also announced bans on open carry. (Other chains like Target, Starbucks and Chipotle have had policies against open carry for years).

The laws on open carry and concealed carry of handguns vary from state to state, but open carry is legal in most states, often without any requirement for a permit.

Walmart's example should now lead to a broader nonviolent movement to limit the carrying of guns, even as citizens push for legislative reforms at the state and national level.

In many states, like Texas, open carry is legal in churches. Churches across the country should follow Walmart's lead and post signs banning the carrying of guns -- open or concealed -- on church property.

On university campuses, states laws vary dramatically, but most allow institutions to limit open or concealed carry. Students across the country should ensure that their university has acted to limit guns to the extent the laws allow.

At athletic events, again laws vary. Generally, it is illegal to carry guns into professional athletic events from the NFL to Major League Baseball. Most states also ban guns from high school or interscholastic sporting events. But as a college level, laws vary.

In many states, concealed carry is legal unless the university posts signs banning guns. Surely every campus should act to keep guns out of the stands at athletic events.

If more retailers follow Walmart, and if churches, and universities and concert halls and movie theaters act to ban weapons from their premises, a movement for common sense gun regulation can continue to build.

When Dr. Martin Luther King called America the "most violent nation on earth," he was widely condemned, but he was right. No other nation suffers the level of gun violence that we endure. No other nation fights in as many wars on as many continents as we do. Other nations savaged by civil war or outside invasion may suffer greater casualties in a conflict, but we have made violence -- and victims of violence -- routine.

Dr. King argued that we have a choice in the end between nonviolence and nonexistence. The only hope for sensible gun regulation is to challenge the corruption represented by the NRA by nonviolent demonstrations and action, enlisting the overwhelming majority of Americans in a movement for change.

You can write to the Rev. Jesse Jackson in care of this newspaper or by email at jjackson@rainbowpush.org. Follow him on Twitter @RevJJackson.