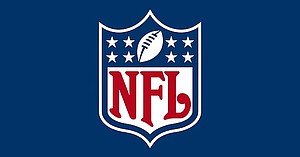 ​And then there were eight.

On Sunday, January 13, the New England Patriots (11-5), the AFC East champions and the AFC’s No. 2 seed, will welcome the Los Angeles Chargers (13-4) to Gillette Stadium (CBS, 1:05 PM ET). The NFC South-champion New Orleans Saints (13-3), who own the NFC’s No. 1 seed, will host the defending Super Bowl-champion Philadelphia Eagles (10-7) at the Mercedes-Benz Superdome (FOX, 4:40 PM ET) to conclude Divisional weekend.

Three of the remaining eight clubs – Cowboys, Colts and Chargers – are new teams in this year’s playoff field. There were a total of seven new playoff teams in 2018 and since 1990 – a streak of 29 consecutive seasons – at least four teams have qualified for the playoffs in every season that were not in the postseason the year before.

*This is the fifth postseason meeting between the teams and the first since the 2013 playoffs when the Colts defeated the Chiefs, 45-44, on Wild Card Weekend (January 4, 2014). The Colts lead the postseason series 4-0 and, including the postseason, Indianapolis holds a 16-9 advantage in the all-time series.

*The Colts defeated the Houston Texans 21-7 last week to advance to the Divisional Playoffs. Quarterback ANDREW LUCK passed for 222 yards with two touchdowns and running back MARLON MACK rushed for 148 yards and a score in the win.

*This is the ninth postseason meeting between the teams and the first since the 1985 NFC Divisional Playoffs, which the Rams won 20-0. The Cowboys lead the all-time series 17-16, including the playoffs, and have won three of the past four meetings.

*The Cowboys defeated Seattle 24-22 last week on Wild Card Weekend and earned their first postseason win since the 2014 season (January 4, 2015 vs. Detroit in the Wild Card round). Quarterback DAK PRESCOTT passed for 226 yards and had two touchdowns (one passing, one rushing), including a one-yard touchdown run with 2:08 remaining in the fourth quarter. Running back EZEKIEL ELLIOTT had 169 scrimmage yards (137 rushing, 32 receiving) and a touchdown last week and has at least 125 rushing yards in each of his first two career playoff games.

*The Rams, who won the NFC West in consecutive seasons for the time since 1973-79, enter the postseason as the NFC’s No. 2 seed. Los Angeles led the conference in total offense (421.1 yards per game) and scoring (32.9 points per game) this season, while running back TODD GURLEY led the NFL with 21 scrimmage touchdowns and ranked fourth with 1,831 scrimmage yards. Defensive tackle AARON DONALD (20.5 sacks) won the 2018 Deacon Jones Award, given annually to the NFL leader in quarterback sacks.

New England leads the all-time series 24-15-2, including the playoffs, and has won each of the past four games.

*The Chargers defeated Baltimore 23-17 last week to advance to the Divisional Playoffs. Running back MELVIN GORDON rushed for a touchdown and rookie kicker MICHAEL BADGLEY converted five field goals, the most made field goals in a single postseason game since the 2016 season (Pittsburgh’s CHRIS BOSWELL, six on January 15, 2017).

*The Patriots won the AFC East division title for the 10th consecutive season and surpassed Dallas (nine from 1975-1983) and Indianapolis (nine from 2002-2010) for the most consecutive seasons in NFL history with a playoff berth. Quarterback TOM BRADY is the NFL’s all-time postseason leader in games played (37), wins (27), completions (920), passing yards (10,226) and touchdown passes (71), and tight end ROB GRONKOWSKI has 12 career playoff touchdown catches, tied with Pro Football Hall of Famer JOHN STALLWORTH (12) for the second-most in postseason history.

*The teams will meet in the playoffs for the fourth time with New Orleans holding a 2-1 advantage. In their last postseason meeting, the Saints defeated the Eagles 26-24 in the 2013 NFC Wild Card round (January 4, 2014). Philadelphia, which leads the all-time series 17-14 (including the playoffs), fell to New Orleans earlier this season, 48-7, in Week 11.

*The Eagles recorded a 16-15 victory over Chicago in last week’s Wild Card showdown and are looking to become the first back-to-back Super Bowl champions since the 2003-04 Patriots. Quarterback NICK FOLES completed the go-ahead two-yard touchdown pass to wide receiver GOLDEN TATE with 56 seconds remaining in the fourth quarter of last week’s victory. Foles has won four consecutive postseason starts, including being named the MVP of Super Bowl LII last season.

*​New Orleans won the NFC South division title for the second consecutive year for the first time in franchise history and were one of three teams to average at least 30 points per game (31.5) this season. Quarterback DREW BREES set an NFL single-season record for completion percentage (74.4) and led the league in passer rating (115.7) in 2018, while wide receiver MICHAEL THOMAS led the NFL with 125 receptions and set a franchise single-season record with 1,405 receiving yards.