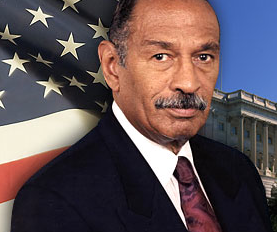 Facing mounting claims of sexual harassment and increasing pressure from Democratic leaders, Michigan Rep. John Conyers announced that he is resigning the Detroit-area seat he's held since 1964. But, the way he did it suggests Conyers still doesn't get the issue. Conyers made the announcement on Mildred Gaddis' show in Detroit -- 102.7 on your radio dial. And, he spent the bulk of the first part of the interview assuring Gaddis and her listeners that his family is doing "excellent" amid the allegations made against him by a number of former female staffers. Gaddis eventually pivoted the conversation to talk about Conyers' legacy -- and whether it would be impacted by the allegations against him. The reality -- whether Conyers wants to acknowledge it -- is that he is being run out of office because of these allegations. A House Ethics Committee investigation had been launched.