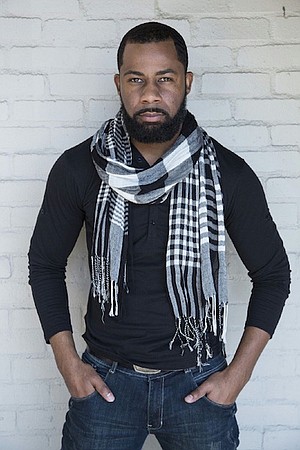 Once deemed the “most dangerous group in the world", NWA's "Straight Outta Compton" biography became a blockbuster movie, exploring the complex rise and eventual splintering of the former West Coast juggernaut. Although the movie opened to favorable critic reviews, the omission of certain details such as the notorious assault of journalist Dee Barnes, became ammunition for certain key players that had been removed from the storyline.

Noticeably absent from the film was singer Michel’le, who worked alongside a young Dr. Dre and DJ Yella as the “First Lady of World Class Wreckin’ Cru” before the formation of NWA. Also absent were the allegations of domestic assault that she claimed occurred during relationships with both Dre and Suge Knight. Now, the “Turn Off the Lights” vocalist is back in the spotlight following the release of Lifetime’s recent "Surviving Compton: Dre, Suge & Michel’le", in which she narrates her personal account of the story. Discovered while working in a department store, it would be World Class Wreckin’ Cru founder DJ Alonzo “Lonzo” Williams that would initially bring her into the fold.

Stepping into the role of Lonzo, Houston native Kedrick Brown sat down with Houston Style to discuss the film and the man that created a movement in his own right, using his popularity as a club owner and prominent West Coast DJ. Known for Greenleaf, American Crime, Survivors Remorse, Underground and more, Brown is quickly making waves of his own as a rising actor worth keeping an eye on.

On the sudden release of the film:

“I didn’t even know that they had officially started promotion. We just shot the movie in July, so we thought that it wasn’t coming out until 2017, but you can literally edit film on-set. A lot of filmmakers have developed on-site footage that they’ll begin editing that day. 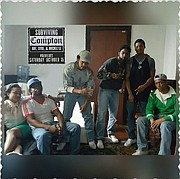 I originally got called in to audition for the role of Ice Cube. (laughs) I’m thinking, “Ice Cube? I look nothing like him.” Of course I didn’t get it, but they ended up calling me back for the role of Alonzo Williams.

Thoughts on the controversial storyline:

I think a lot of time we’re able to keep things out of sight, out of mind. But in the case of say Ray Rice, he was punished before, but then the video came out. It’s hard to ignore the visuals. I didn’t have the full story, but there are plenty of people who are Michel’le and stayed for whatever reason. I have nothing against Dr. Dre as an artist. I love to see people grow and evolve. But her depiction of her life comes from a place of honesty and truthfulness. There’s a lesson to be learned.

I was doing an interview with J. Anthony Brown when he (Williams) called up. Eazy is often credited, but in talking to Alonzo he’s actually the one that introduced her to Eazy. She worked at a department store where Alonzo heard her singing and got her contact information. When Mona Lisa couldn’t make it to the studio (to record “Turn Off the Lights”) Alonzo contacted Michel’le. Eazy-E met Jerry Heller through Alonzo. So yeah, he played a good part in a lot of it. In SOC he’s an asshole in SOC, but in this film you see a different side.