How to Watch the Second Presidential Debate on CNN 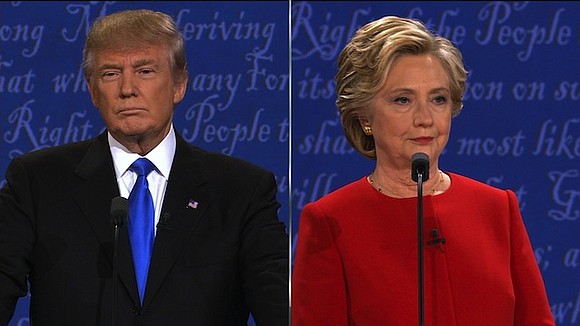 Donald Trump and Hillary Clinton at the first presidential debate

WASHINGTON (CNN) -- It's almost time for round two of the official presidential debates. Here's how to watch it on CNN.

Hillary Clinton and Donald Trump will take the stage for the second of three presidential debates, on Sunday at 9:00 p.m. ET.

CNN will air the event in its entirety on its networks as well as through a live stream on CNN.com. CNN Politics will host a live blog offering instant analysis and reaction as the debate unfolds at the top of the page, and CNN's Reality Check Team will also conduct live fact-checking.

CNN's Anderson Cooper and ABC's Martha Raddatz will moderate the event, due to last for 90 minutes.

The Commission on Presidential Debates, a bipartisan organization that manages the official contests, will host the event at Washington University in St. Louis.

This format for this event will be a "town meeting," different from the two-podium setup at the first debate and the roundtable at the vice presidential contest. Clinton and Trump will face questions from audience members and some selected from social media or other sources, according to the debate commission. The audience members will be undecided voters, as selected by Gallup.

The debate commission said the candidates will each have two minutes to respond to the questions, and then the moderators can draw out the question more for another minute.

The first debate shook up the race and drew a record viewership, so expectations are high on all fronts for Sunday's contest.