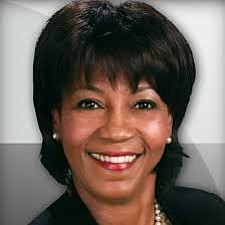 Although President-elect Donald Trump had a huge night across the country including winning the Lone Star State, he was more so than any other Republican running statewide in 20 years. Trump won Texas 52.39 to 43.34 compared to four years ago when Mitt Romney won Texas by 57.17 to 41.38. In Harris County, Clinton carried Harris County by 54.16 percent or with 706,471 votes compared to Trump’s 41.78 percent or 544,960 votes. In Fort Bend, Clinton won as the first Democrat to win countywide in more than two decades with 51.37 percent or 134,475 votes to Trump’s 44.78 percent or 117.212 votes. However, unlike in Harris County, Fort Bend Republicans won everything countywide in Fort Bend County but by closer margins than ever for Fort Bend County contests.

African American Rodney Ellis won to succeed the late El Franco Lee on Harris County Commissioner’s Court in the seat that is the only minority and Democrat on that court. African American Boris Miles will now fill Ellis' open Senate as he won his Texas Senate race. Shawn Thierry also was successful in claiming victory to succeed Miles.

Ann Harris Bennett beat incumbent Mike Sullivan for Harris County Tax Assessor and Voter Registrar on her second swipe at him. African American Bennett, in 2012 forced Sullivan to win with less than 50 percent of the vote, due to a third party candidate in the race. This time Bennett won 50.31 percent or 647,382 votes to Sullivan’s 49.69 percent or 639,527 votes. African Americans now hold for the first time this office responsible for collecting and assessing all property taxes, fines, and fees for Harris County such as vehicle and permit registrations and for registering voters. Sullivan was adamant against online voter registration. Bennett is for it.


Keep in the know on Houston area politics and Houston area election issues with Burt Levine. Share this story online at www.stylemagazine.com.