Macy's American Icons Campaign Empowers Veterans with Got Your 6 Weekend

Give $3 donation in stores or on macys.com during Got Your 6 Weekend and receive a 25 percent savings pass 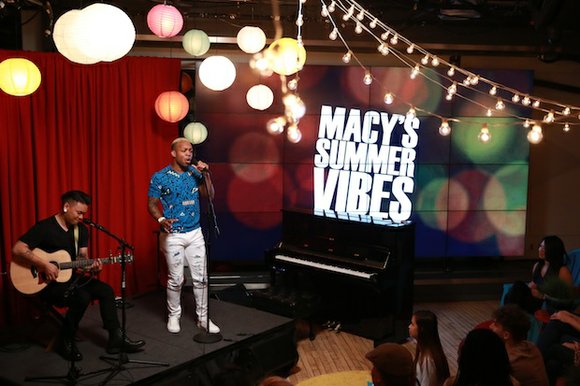 Macy’s and the national veterans campaign, Got Your 6, will again join forces for this year’s American Icons celebration. Since the partnership began in 2013, Macy’s employees and customers have raised $6.7 million to support Got Your 6 to help empower veterans to build stronger communities across America. The program included a special savings pass on Got Your 6 Weekend and a charitable donation through Macy’s Summer Vibes digital music festival.

From Friday, May 13 to Sunday, May 15, customers participated in Got Your 6 Weekend and gave $3 at the register at any store or on macys.com to receive a special 25 percent savings pass to save all day on purchases. Best of all, 100 percent of the $3 will be donated to Got Your 6 and its coalition of veteran nonprofits. Exclusions and restrictions apply for the pass. Pre-sale of the passes began on May 8 in store. 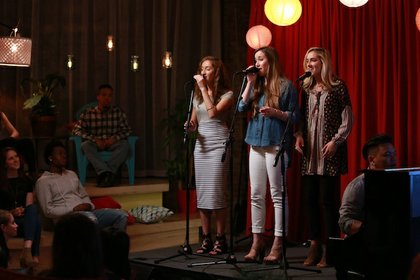 “This special savings pass has been the cornerstone of our charity program with Got Your 6 and has helped raise significant funds for its incredible nonprofit partners,” said Holly Thomas, Macy’s group vice president for cause marketing. “Donations from our American Icons campaign have made many veteran-related initiatives possible, including leadership and employment training, mentorship programs, beautification and urban greening projects, and much more. We couldn’t be happier to continue this partnership, and look forward to driving even more awareness and funding for this worthy cause.”

In the military, “got your six” means “I’ve got your back.” Got Your 6 believes veterans are leaders, team builders and problem solvers who have the potential to build and strengthen communities nationwide. A coalition that unites nonprofit, Hollywood and government partners, Got Your 6 empowers veterans to make America stronger.

“Veterans have incredible potential when they return from service,” said Bill Rausch, executive director of Got Your 6. “We are so grateful for the continued support of Macy’s and its American Icons campaign as the company, its employees and customers stand with us to empower our returning veterans to lead a resurgence of community across the nation.”

As part of American Icons, Macy’s is hosting its first-ever digital music festival on YouTube. Macy’s Summer Vibes will air on Thursday, June 2 at 8 p.m. EDT via Macy’s official YouTube channel (youtube.com/macys). The 60-minute concert series will feature headliner, Todrick Hall, as well as emerging artists including AJ Rafael, the Gardiner Sisters and Macy Kate. For every view of the festival through June 19, Macy’s will donate $1, up to $100,000, to Got Your 6. Visit macys.com/summervibes to learn more, starting May 10.

Macy's, the largest retail brand of Macy's, Inc. (NYSE:M), delivers fashion and affordable luxury to customers at approximately 734 locations in 45 states, the District of Columbia, Puerto Rico and Guam, as well as to customers in the U.S. and more than 100 international destinations through its leading online store at macys.com. Via its stores, e-commerce site, mobile and social platforms, Macy's offers distinctive assortments including the most desired family of exclusive and fashion brands for him, her and home. Macy's is known for such epic events as Macy's 4th of July Fireworks® and the Macy's Thanksgiving Day Parade®, as well as spectacular fashion shows, culinary events, flower shows and celebrity appearances. Macy's flagship stores including Herald Square in New York City, Union Square in San Francisco, State Street in Chicago, and Dadeland in Miami and South Coast Plaza in southern California are known internationally and are leading destinations for visitors. Building on a more than 150-year tradition, and with the collective support of customers and employees, Macy's helps strengthen communities by supporting local and national charities giving more than $69 million each year to help make a difference in the lives of our customers.

Got Your 6 is a campaign that’s empowering veterans to build stronger communities across America. In the military, "got your six" means "I've got your back.” Got Your 6 and its nonprofit partners are helping veterans find new opportunities to serve here at home. Since 2013, Got Your 6 has distributed grants totaling more than $6 million to its veteran-focused non-profit partners. For more information visit www.gotyour6.org. Be the Change, Inc., an independent 501(c)(3) not-for-profit organization, is the organizing body and fiscal sponsor of Got Your 6.