New Overtime Rules Ensure Millions Will Get Paid for Their Work 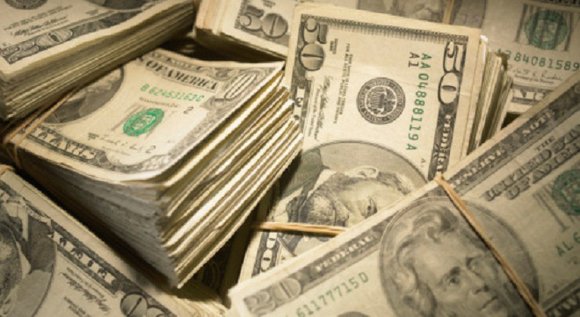 If you’re feeling underpaid and overworked, you probably are: wages for typical U.S. workers still haven’t recovered from the Great Recession, even as working Americans continue to put in long hours. But a long-awaited update to the federal rules on overtime pay may finally bring relief.

The Department of Labor puts it very simply: Working extra hours = extra pay. Under the new rule, workers paid an annual salary will be eligible for overtime pay if they earn less than $913 a week ($47,476 per year) and work more than 40 hours in a given week. From construction workers to receptionists to the mother managing a Dollar Store more of the people working long hours will now get paid for it.

The Economic Policy Institute finds that the rule will benefit 12.5 million working people by extending overtime eligibility and making it easier for workers to prove they qualify for overtime. Women, African Americans, Latinos, workers under age 35, and workers with lower levels of education stand to benefit the most. Their families will also benefit as affected workers either take home larger paychecks or have more time to spend with loved ones. The Department of Labor estimates that 2.5 million children will see at least one parent gain overtime protections or get a raise to the new threshold.

One advantage of the new rule is that employers have a number of strategies to adapt, many of which also end up benefitting working people. For example, if employers don’t want to pay time-and-a-half to current employees, they’ll hire new employees to do the work: Goldman Sachs estimated the rule would create 120,000 new jobs at the same time that existing employees are no longer so overworked. Employers could also respond by raising the salaries of employees earning near the new threshold so that they’re no longer eligible for overtime. In this case, workers miss out on overtime but get a raise. Of course, employers could also cut employees’ base salary, leaving workers without extra time or money, yet in practice employers seldom reduce the pay of current workers.

In fact, as Demos President Heather McGhee noted in a video about the importance of the overtime rule, updating overtime is ultimately a “win” for employers as well because it will help to strengthen a national economy undermined by stagnant pay.

Trade agreements aside, President Obama has promoted a number of policies that lift up working people. I’m a strong supporter of the President’s executive orders for federal contractors, as well as the policies from the minimum wage to paid sick time that he’s tried fruitlessly to push through a Congress in thrall to the business lobby. My colleague Robert Hiltonsmith can tell you just how beneficial the Department of Labor’s new fiduciary rule will be for employees trying to save for retirement. Recent rules from the National Labor Relations Board are reducing some of the obstacles working people face when they try to band together to form a union. But the new overtime rule may be President Obama’s most significant policy benefitting working people. The rules may have real staying power as well—the New York Times points out they could be hard for even a Republican administration to roll back in this era of populism. Overtime rules go into effect on December 1—a parting holiday gift for Americans working long hours without getting paid for them.