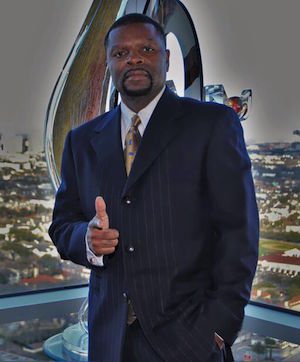 Houston, TX, February 15, 2016 - James Prince will be a Keynote Speaker at the 2016 SXSW Music Conference. His Keynote Interview with Rap-A-Lot artist Bun B will be on Thursday, March 17 at 11am in Ballroom D of the Austin Convention Center.

James Prince is a visionary entrepreneur and pioneer in the hip-hop music Industry. He is the founder and CEO of prolific Houston-based label Rap-A-Lot Records, celebrating 30 years in business.

James Prince, often referred to as J. Prince, founded Rap-A-Lot in 1986, partially as an incentive to keep a group of neighborhood teenagers in school and off the streets of Houston’s notorious 5th Ward. The label went on to produce more than two-dozen Gold and Platinum records from artists like the Geto Boys, Scarface, Do or Die, Big Mike, Bun B, Tela, Devin the Dude, Z-Ro and more. In the early 2000s, James partnered with his son, Jas Prince, to elevate future hip-hop superstars like Drake, who became one of the most recognizable artists of this generation.

Mr. Prince’s business endeavors extend beyond the music industry. He manages boxers through his company Prince Boxing Enterprise. He has managed the boxing careers of championship fighters like Floyd Mayweather, Andre Ward and more. J. Prince is also well known in Houston for giving back to the community via his Care-A-Lot Foundation and the Prince Complex, where he has given away toys for Christmas, turkeys at Thanksgiving, back-to-school supplies and much more for over 15 years. He was even acknowledged for his great contributions by the Former Mayor of Houston Bill White and honored with James Prince Day on January 30, where this year he fed and supplied sleeping bags to hundreds of homeless people.

J. Prince will be interviewed by rapper Bernard Freeman, a.k.a. Bun B, who got his start as half of the iconic southern rap duo UGK alongside the late Pimp C. Bun has gone on to build a fruitful solo career, most recently releasing Trill OG: The Epilogue on Rap-A-Lot in 2013. Bun B has made forays into areas outside of music, most notably as a co-lecturer at Rice University and the release of Bun B’s Rap Coloring Book in 2013.

New for 2016: There will be several Keynote Speakers at the SXSW Music Conference for the first time. Longtime David Bowie producer Tony Visconti has been announced as the Keynote Speaker for Wednesday, March 16.

See the Keynote Interview with James Prince and Bun B plus many more conference sessions, get access to unmatched networking opportunities, priority entry into Music Festival showcases and more with a Music or Platinum badge. The final deadline to save on your badge is this Friday, February 12!

Need help navigating the massive event that is SXSW? Check out our new video about how to own it.

How to Own SXSW

SXSW can be an overwhelming experience, but we’re here to help. Check out our handy guide to the SXSW Conferences with information on badge access, tips on how to navigate, and more.