Olympic Scandals, Then And Now 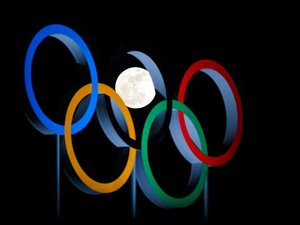 (CNN) -- In reaching for the gold, many will falter and fail. Some will cheat.

Entire countries can fall into disgrace, as with the East Germans in the '70s and the current doping allegations about the Russian team in Rio.

History is full of such Olympic scandals, starting with the advent of the Games in ancient Greece.

"In the name of all the competitors I promise that we shall take part in these Olympic Games, respecting and abiding by the rules which govern them, committing ourselves to a sport without doping and without drugs, in the true spirit of sportsmanship, for the glory of sport and the honour of our teams."

Today's Olympic oath is modeled on the one taken by the first Olympic athletes 3,000 years ago. Back then, they didn't hold the Olympic flag while reciting the words. Instead, their hands were full of animal flesh, sacrificed before a terrifying statue of Zeus wielding thunderbolts. It was a symbol of what might lay in store from the gods if an Olympic contender were to break his sacred vow.

Of course, that oath didn't resonate with everyone, and Olympic doping was born.

Caffeine-rich drinks, brandy and exotic meats such lizard's flesh became the performance-enhancing drugs of ancient Greece. Wrestlers, using powder to protect their bare bodies from the sun, would sometimes add oil to make themselves slippery during a match.

Bribery was common, too. Eupholus, a boxer from Thessaly, was one of the more well-known offenders. In the 388 B.C. Games, he bribed three opponents to take a dive to ensure his win. Such offenses were punished with a fine, and the money was used to erect zanes, bronze statues of Zeus (PDF), along the path to the stadium in Olympia. Each statue had the name of the cheater and his offense inscribed at the base. Eupolus's fines were so large that it's said he had six bronze statues erected in front of the stadium.

It wasn't long until those statues were joined by many more.

Like in ancient times, not all doping in the modern Games involved dope. Take the case of American distance runner Fred Lorz. After he crossed the finish line in the 1904 St. Louis Olympic marathon to thunderous applause, it was discovered that Lorz had hitched a ride in a car for 11 of the 25 miles of the race.

Then there's the imaginative ruse used in the 1984 Olympics by Puerto Rican runner Madeline de Jesús. After she was injured competing in the long jump, she talked fellow athlete and identical twin sister Margaret into running her qualifying race for the 4x400-meter relay. The deception worked, and the team advanced. But when her coach found out, he pulled the Puerto Rican team out of the final.

And in an early use of technological cheating during the 1976 summer Olympics, Soviet fencer Boris Onischenko installed a button in his rapier that would falsely register a point on the electronic scoreboard when he triggered it. He was winning when he pushed the button accidentally just as his opponent, English team captain Jim Fox, was retreating and nowhere near the blade. Crying foul, Fox asked officials to examine the épée; the technology was so well-hidden that they had to dismantle the weapon to find the elaborate wiring.