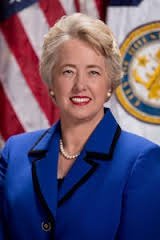 Mayor Annise Parker today unveiled a balanced $5.1 billion proposed total city budget for the fiscal year that begins July 1, 2015. This will be the last budget of Mayor Parker’s administration. It will guide spending in the final six months of her term and for the first six months of the next mayor’s administration that begins in January after the fall election cycle. The mayor is continuing her approach of conservative budgeting by preserving a healthy savings cushion in the City’s taxpayer-supported General Fund. The City has ended the last four years under budget on General Fund expenditures and over budget on revenues. The same is expected for the budget year ahead.

“Putting a budget together always requires hard choices, but we have come so far from that first year in office when 776 City employees had to be laid off,” said Mayor Parker. “Today, we are leaner and more efficient. There’s a honed focus on performance improvement and data-driven management. We have new financial policies that require strengthened financial reserves, greater emphasis on maintenance of physical assets, increased long-term forecasting and planning, improved internal controls and more transparency for taxpayers and elected officials. My administration will be leaving the next mayor with a stable financial structure on which to build for the future.”

Due to the revenue limitations voters imposed on the city several years ago, property tax revenue for the General Fund is capped at $1.1 billion. In order to keep incoming tax revenues in line with these limitations, the mayor is proposing doubling the property tax exemption for seniors and the disabled from $80,000 to $160,000. This will provide $251 of tax relief for the average senior household. A reduction in the overall City property tax rate is also anticipated. The magnitude of this decrease will be determined in the fall when it is time to formally set the rate for the 2015 tax year. Sales taxes are expected to continue to grow but only by a modest 1.8 percent. This is a cautionary prediction based on the drop in oil prices.

Spending in the General Fund is increasing by about $130 million to a total of $2.4 billion. More than 90 percent of this increase is attributed to required transfers and contractual obligations for employee compensation, health benefits and pension contributions, making this a no-growth budget for new programs and services.

The budget will allow the Houston Police Department to spend $2.8 million on the first phase of its body camera program, completion of a work demands analysis at the fire department, additional funding for the Maintenance Renewal and Replacement Fund, continuation of the City Council District Service Fund program and other priorities started in the current budget year and a $3.6 million increase in funding for pothole and skin patch repairs.

The budget also includes funding for the contractually-obligated pay increases in the new contract between the City and the Houston Police Officers Union. Negotiations are ongoing on a new contract that could provide pay increases for civilian city employees, and the mayor is open to discussing compensation issues with the firefighters union again.

In keeping with the new financial policies recently adopted by City Council, the mayor’s budget plan will maintain an ending fund balance of 7.5% (fund balance divided by operating expenditures before debt service and pay-as-you-go capital projects) and will increase the Budget Stabilization Fund, formerly known as the Rainy Day Fund, by about half a million dollars to $20.426 million.

“We have spent the last five years rebuilding our infrastructure and putting Houstonians to work,” said Parker. “We’ve worked hard to create a safer, greener, healthier, more sustainable, efficient, fiscally-responsible Houston. We couldn’t achieve every goal. But there’s not a single problem that isn’t better now than it was five years ago because we worked on it. This budget represents my commitment to continue the hard work up until my very last day in office.”