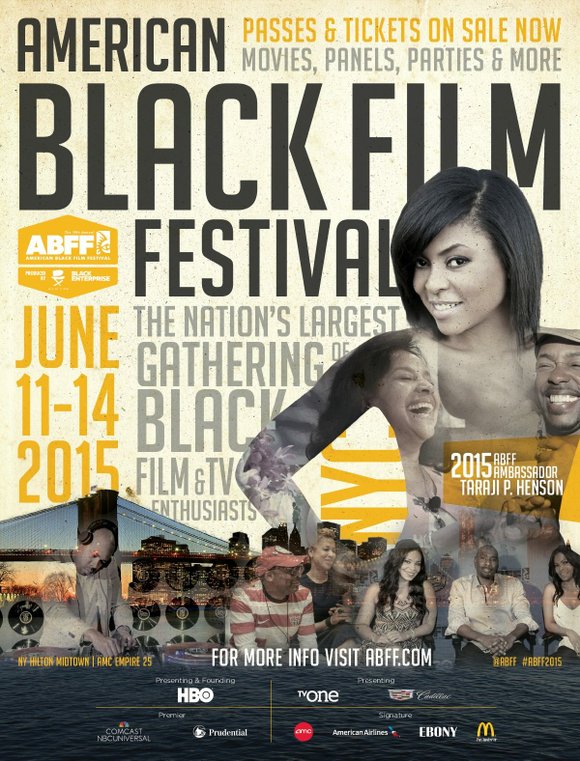 New York, New York, (May 5, 2015) – Last night, the American Black Film Festival (ABFF) held their Comedy Wings Semi-Finals at the New York Comedy Club. Hosted by actor and comedian Earthquake, the judges selected who will compete at the 3rd annual Comedy Wings Competition, presented by HBO, during the American Black Film Festival in New York City June 11 – 14 at the New York Hilton Midtown. Each finalist will also receive an all-expense paid trip to New York City and a meeting with HBO talent executives.

“Last night was an amazing showcase of comedians from around the country. Each comic exemplified talent and unique style, which made the competition very tough and close to judge. We are excited for the 3rd Annual Comedy Wings Competition Finals and to see these four comedians take to the stage on June 12th,” says ABFF founder Jeff Friday.

Chastity Washington is a comedian and actress whose career has spanned over twenty years. A former teacher and coach, her stand up career highlights include BET COMIC VIEW, HBO DEF Jam, 50 Hot Women in Stand Up, AfterEllen.com, History Channel, How the States Got There, Shape, and Montreal Just For Laughs Festival. Chastity is a NBC DIVERSITY FINALIST.

Dino Vigo is one of today’s most refreshingly pure comics, with uncompromising wit and a minimalist’s approach to the mic. Born of a mixed race union, Dino says his make-up was a huge influence to his comedic outlook given his access to both his Father’s Black/Latino culture and Mothers' Russian Jewish decent, enabling him a broad comedy palate that has only augmented his natural abilities. A skilled writer, as well as performer, Vigo seems poised to take the comedy world by storm and yet remains remarkably grounded in his approach to his craft. "I just want to be one of the ones to preserve comedy in its truest form - to have people say he did it the way it was to be done!" Seeing him on stage it is doubtful anyone could argue this point.

As a three-time champion on Showtime at the Apollo, Kareem Green is a multi-faceted entertainer and comedian whose talents include Stand-up, Improv, Acting and Writing. Kareem’s relatable comedic style has earned him television appearances on BET Comic View, TV One’s Bill Bellamy’s “Who’s Got Jokes,” Comedy Central’s “Russell Simmons presents the Ruckus” and Gotham Live.

Mike Merrill has performed internationally at 15 locations throughout the world, as well as multiple clubs throughout the US. He has performed in the World Series of Comedy, Stand Up For Diversity and was voted best of the fest at the 2014 SLO Fest. He’s also performed at a lot of open mics. He’s had a comedy sketch, which he wrote and performed in featured on the Just For Laughs site portal. When he’s not performing, some of his activities and accomplishments include resting, speaking Spanish poorly and volunteering as an assistant Life Coach. Love his skin.