Tamar Cries Over Being Called A Muppet: ‘People Say It So Much, I Start To Believe It’ 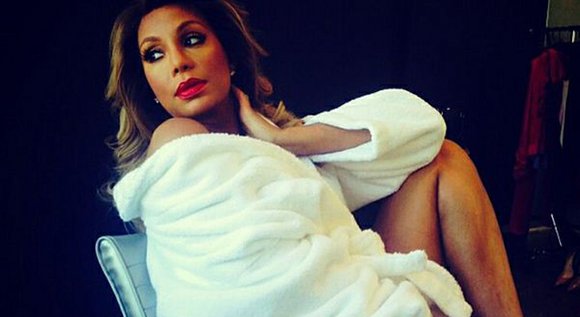 Tamar Braxton talks about being bullied by K. Michelle on The Real

Tamar talks about how she is now called a muppet because of K. Michelle on the Real. The clip is short, but see how the whole beef started here! (flashback time)

Tamar Braxton and K. Michelle have been beefing with one another via Twitter and interviews for the last two years. K. infamously threw out the insult that Tamar looks like a “muppet” once and the insult caught on.

Everyone from Chris Brown to the average Twitter user spit the insult at Tamar and we’re sure because she’s perceived to have thick skin or because she “dishes” it so frequently, that she should be able to “take” it. But that’s not 100 percent true. Everyone has feelings.

During a bullying segment on The Real, Tamar addressed the insult and teared up over how the reality show star has the entire world calling her a muppet and Kermit the Frog. It’s been two years and the internet has taken up calling Tamar that and she’s had enough.

Co-host, Jeannie Mai asked Tamar what advice she would give to her son if he was ever bullied and Tamar said, “I don’t have any advice to give my son. A particular person started saying that I look like a Muppet and people say it so much I start to believe it. So I even asked Vince, ‘Do I look like a Muppet?” And he’s like ‘Absolutely not.’”

Tamar goes on, “But this person has the whole world calling me that and it’s just so devastating, because it takes me back to high school and there’s nothing I can do about it. But what I can do is what Jeannie does — and thank you Jeannie — and act like the world is all peaches and cream and tastes like strawberries.”

Where the heck did this beef come from? Apparently, Tamar accused K. Michelle of taking her hairstyle and from there, the two haven’t been able to keep each other’s names off each other’s tongues, spitting venom at one another. Cyber bullying and still bullying and while many of us feel that we have free reign to go in on these celebrities, it doesn’t mean they are exempt from the hurt feelings that come along with harsh criticisms and every harsher jokes.