5 Facts You Need to Know About Sickle Cell Disease 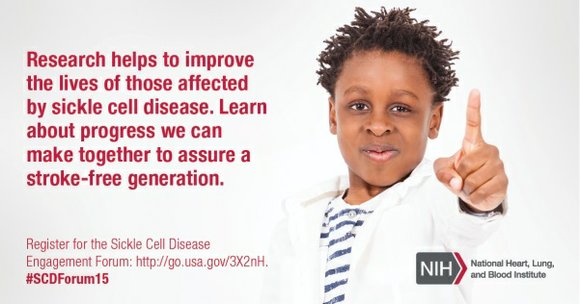 5 Facts You Need to Know About Sickle Cell Disease

June 19 is World Sickle Cell Awareness Day. This is an important time to learn the facts about sickle cell disease including signs and symptoms, as well as treatment options. Sickle cell disease is a serious disorder in which an abnormal gene causes the body to make sickle-shaped red blood cells and results in lifetime anemia. Normal disc-shaped blood cells flow smoothly through blood vessels, but sickle-shaped cells tend to reduce the flow of blood inside the blood vessels. Damage from these sickle cells can cause pain, can injure the spleen, increase the risk of pneumonia and other lung complications, and lead to bone and other infections. Sickle cell disease affects millions of people around the world, including both adults and children.

Here are five things you need to know about sickle cell disease:

Sickle cell disease occurs worldwide in people of diverse racial and ethnic origins. The disease is most common in people whose families originate from Africa, South or Central America (especially Panama), Caribbean islands, Mediterranean countries (such as Turkey, Greece, and Italy), India, and Saudi Arabia. In the United States, it’s estimated that sickle cell disease affects 90,000 to 100,000 people, mainly African Americans, and occurs in about 1 out of every 365 African American births.

3.Much progress has been made in treating sickle cell disease

At present, there is no widely-available cure for sickle cell disease although breakthroughs in sickle cell disease research have helped patients live longer. Until the 1970s, the life expectancy in the United States for individuals with sickle cell disease was about 14 years. Today, many individuals live into their 40s, 50s, and longer. Some people have few symptoms, but some live with chronic pain, anemia, lung disease, leg ulcers, and other complications.

4.Research has been a critical factor in the fight against sickle cell disease

The National Heart, Lung, and Blood Institute (NHLBI), part of the National Institutes of Health, is supporting research on better treatments to ease the burden of sickle cell disease for those affected. Notable successes due to research include the use of antibiotics to prevent and treat infections (which have reduced childhood deaths from the disease by more than 90 percent), as well as blood screening tests on newborns which are now performed in all U.S. states.