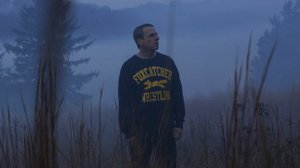 (CNN) -- Birdman" flew high and "The Grand Budapest Hotel" was truly grand at the nominations for the 87th Academy Awards, each earning nine nominations to top all films.

"Birdman," subtitled "The Unexpected Virtue of Ignorance" -- which led to many multisyllabic mouthfuls during the Oscar announcements -- stars Michael Keaton as a former superhero actor trying to revive his career and his life by mounting a Broadway play.

Others receiving nominations for best picture are "American Sniper," "Boyhood," "The Imitation Game," "The Theory of Everything," "Selma," "The Grand Budapest Hotel" and "Whiplash."

The rush of honors for "Budapest," about the denizens of a European hotel in the years between the world wars, was somewhat unexpected, though the film had won best comedy/musical at the Golden Globes (defeating "Birdman," among others). The film was nominated for best picture and director (Wes Anderson), along with original screenplay, cinematography, score and a host of other awards.

Cumberbatch earned a best actor nomination to go along with the film's nods for picture, director (Morten Tyldum) and supporting actress (Keira Knightley).

"Boyhood," which won the Golden Globe for best drama, also performed well, earning six nods. Director Richard Linklater picked up a nomination, as did supporting performers Ethan Hawke and Patricia Arquette. The movie follows the maturation of a child over 12 years and was filmed for a week or two each year so that audiences could see the actors age in real time.

A number of favorites were left off various lists. Though civil rights drama "Selma" did get a best picture nomination, actor David Oyelowo was snubbed despite earning raves for his nuanced portrait of the Rev. Martin Luther King Jr. Director Ava DuVernay, who would have been the first African-American woman to receive a best director nomination, was also overlooked.

Jennifer Aniston had received a Golden Globe best actress nomination for "Cake," and had been widely excepted to get her first Oscar nomination. But she didn't make the list.

Critical and commercial hit "Gone Girl," adapted from the best-seller, did earn a best actress nomination for Rosamund Pike, but struck out in all other major categories.

And then there were the lack of nominations for "The Lego Movie," one of the biggest hits of the year both with critics and audiences. Widely seen as a favorite among animated films and a possibility for original screenplay, it earned just one nomination, for best song ("Everything Is Awesome").

The nominees for best animated feature are "Big Hero 6," "How to Tame Your Dragon 2," "The Boxtrolls," "The Song of the Sea" and "The Tale of Princess Kaguya."