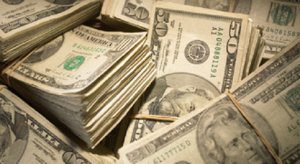 Although the restaurant industry is one of the largest and fastest growing economic sectors in the country, restaurant workers occupy eight of the ten lowest-paid occupations reported by the Bureau of Labor Statistics; at least five of these are in full-service. The lowest wage in the country is the federal tipped minimum wage which has been frozen at $2.13 an hour since 1991.

Nearly half of the families of full-service restaurant workers are enrolled in one or more public-assistance programs.

The cost of public assistance to families of workers in the full-service restaurant industry is $9,434,067,497 per year.

Tipped restaurant workers live in poverty at 2.5 times the rate of the overall workforce.

Restaurant workers as a whole experience poverty at a rate over twice that of the overall workforce – 20.9%.

Large full-service restaurant companies like Darden and DineEquity pay their workers so little that many of the employees of these companies rely on taxpayer-funded programs.

The taxpayer cost of a single Olive Garden is $196,970 annually.

With annual revenues of over $91 million, 750 staff, and nearly 40 congressional lobbyists, the National Restaurant Association (NRA) is one of the most powerful business lobbies in Congress and state legislatures. Its members are Fortune 500 restaurant corporations including full-service giants Olive Garden parent company Darden, DineEquity, Brinker International, Bloomin’ Brands, Cracker Barrell as well as fast-food companies like McDonald’s, YUM! Brands, and more.

Opposing raises for tipped workers -- more than two-thirds of whom are women -- is a particular priority for the NRA. As the leading force keeping the federal tipped minimum wage at $2.13 and lower than the regular minimum wage in 43 states, the NRA bears special responsibility for the gender inequities and sexual harassment produced by maintaining a two-tiered wage system which has resulted in the restaurant industry being the single largest source of sexual harassment claims to the Equal Employment Opportunity Commission and 90% of female tipped restaurant workers reporting they experience sexual harassment on the job.

ROC United is spearheading ‘One Fair Wage,’ a multi-state and national campaign to raise the lower, tipped minimum wage to 100% of the regular minimum wage, effectively eliminating the two-tiered wage system.

REPORT -- Picking up the NRA’s Tab: The Public Cost of Low Wages in the Restaurant Industry

Co-founded by leading workers’ rights advocate Saru Jayaraman (“One of the top 50 most influential people in the restaurant industry” – Nation’s Restaurant News) ROC United has grown to over 13,000 worker-members across 26 cities in the US, winning 15 worker-led campaigns, totaling $8 million in stolen tips and wages.