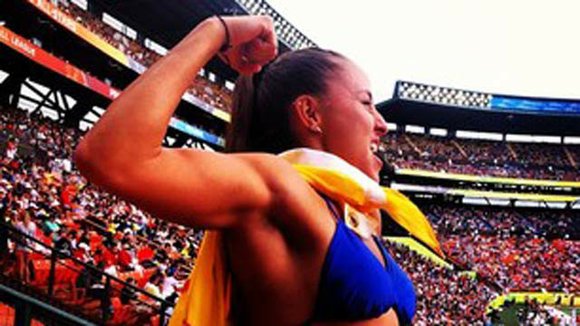 The 45th Pro Bowl will be played January 25, 2015 at the University of Phoenix Stadium in Arizona.

(CNN) -- Here is some background information about the NFL Pro-Bowl, the all-star game of the National Football League. The 45th Pro Bowl will be played January 25, 2015 at the University of Phoenix Stadium in Arizona.

Facts: The Pro Bowl has been played every year but one since 1980 in the 50,000 seat Aloha Stadium in Honolulu.

David Akers (Philadelphia Eagles and San Francisco 49ers) holds the record for scoring the most points in his career at Pro Bowls with 57.

Larry Fitzgerald (Arizona Cardinals) holds the record for most touchdowns in his career at Pro Bowls with eight.

July 31, 2013 - The NFL announces changes in the player selections process. Instead of the National Football Conference (NFC) playing the American Football Conference (AFC), Pro Bowl team members will be drafted by fans, coaches, and players in a fantasy-style format regardless of conference.