NBC is developing a reality show with Virgin Galactic 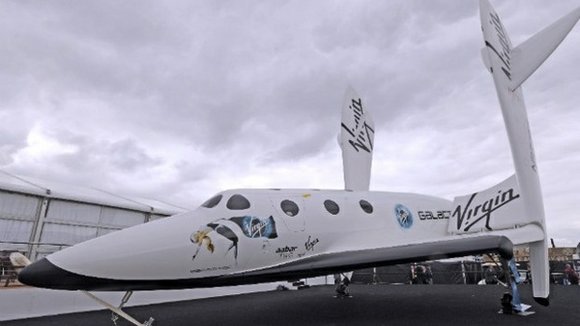 The network declined to comment. But according to Deadline, NBC is now "gathering information on the situation" regarding the reality series.

During a test flight, a "serious anomaly" caused Virgin's commercial space craft to explode over the Mojave Desert, killing one and seriously injuring another.

The show -- which was announced last year -- is an exclusive series between NBC, Virgin founder Richard Branson and reality TV super-producer Mark Burnett.

NBC described the show as an elimination competition in which normal people would compete with one another for "the ultimate prize" -- a flight into space on Virgin Galactic's SpaceShipTwo.

The series would also have "unprecedented access" to Virgin Galactic's Spaceport America facilities in New Mexico, where contestants would train for their winning flight, according to a press release issued last year.

Virgin Galactic's plan for the $500 million spaceship is to transport passengers 62 miles above Earth where the planet meets the onset of space.

The flight reportedly would cost guests upward of $250,000 and celebrities like Leonardo DiCaprio and Stephen Hawking have signed up for tickets.

For Burnett -- the producer behind reality hits like "Survivor" -- "Space Race" is another attempt to accomplish his dream of using a TV show to send everyday people into space.

"I am thrilled to be part of a series that will give the everyday person a chance to see space," Burnett said last year. "NBC has come on board ... so that viewers at home will have a first class seat."