Branson: The dream of space tourism lives on 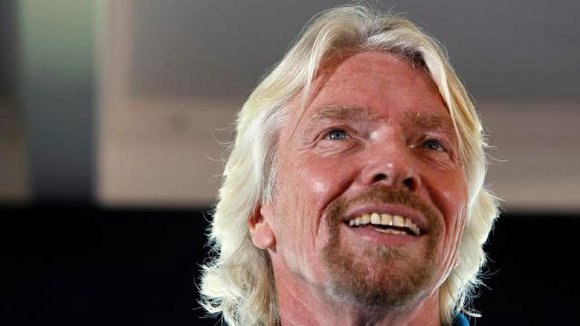 NEW YORK (CNNMoney) -- A day after the explosion of a Virgin Galactic spaceship, killing one pilot and injuring another, CEO Richard Branson pledged a full investigation and said he would move ahead with plans to shuttle tourists into space.

"We are determined to know what went wrong and are working closely with authorities to get that information," Branson said Saturday at a press conference in the Mojave Desert, near the site of the accident.

Branson continued to express sorrow for the loss of life. But he also addressed a question on many people's mind: Will Virgin continue its space tourism business?

"We're going to learn what went wrong, discover how we can improve safety and performance and then move forward together," Branson said. "Four hundred engineers who work here and most people in the world would love to see the dream living on."

Commercial flights were set to start in 2015.

Virgin has sold more than 700 tickets to space already, each costing more than $250,000, for future flights. Several celebrities have already signed up, including Justin Bieber, Ashton Kutcher, Leonardo DiCaprio and Stephen Hawking.

Anyone who has bought a ticket and is now nervous about space flight will be able to get a full refund, Branson assured. The company has received more than $80 million from bookings.

The special plane is called SpaceShipTwo, and it was designed to carry six passengers.

Virgin Galactic has planned for years to sell trips to transport passengers about 62 miles above Earth -- the beginning of outer space -- and let them experience a few minutes of weightlessness before returning.

Friday's mission was SpaceShipTwo's solo flight number 35, according to the company. A specialized jet carried it into the air and then the crafts separated at 50,000 feet.

They disconnected normally, but within minutes, the spaceship experienced "an in-flight anomaly," Virgin Galactic said.

The plane was designed and built by Mojave-based Scaled Composites, a subsidiary of defense contractor Northrop Grumman.

The project operates under the wing of The Spaceship Company, a venture that's jointly owned by Branson and Abu Dhabi's Aabar Investments PJS.

The deadly accident marked the second time in a week that a private U.S. space company suffered a major loss. On Tuesday, a NASA contractor -- the Orbital Sciences Corporation -- blew up its own unmanned Antares rocket when it started to malfunction. It was bound for the International Space Station with 5,000 pounds of supplies and experiments.

The space community showed signs of solidarity after Friday's explosion.

Elon Musk, CEO of SpaceX, sent his sympathies over Twitter to the families of the pilots and the Virgin Galactic team.

"Space flight is incredibly difficult, and we commend the passion of all in the space community who take on risk to push the boundaries of human achievement," he said.