LIFELONG HEALTH: Iron Supplements Are Often Too Much of a Good Thing 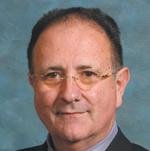 Iron is a vital mineral constituting an essential component of hemoglobin in red cells. Iron deficiency leads to a very common anemia that is a worldwide health threat and a leading cause of debility, decreased productivity and loss of workdays. Most of the iron is in circulating red blood cells. In men, 1,000 milligrams of iron, and in women, 300 milligrams of iron are available as a reserve in stores located in the liver. In the 1970s, 5 percent of menstruating women were anemic, 20 percent, although not anemic, had so little iron their red cells were abnormal, and the iron content in the blood was very low. And 30 percent were at high risk, as they had no storage iron. Even though these women were not anemic, they were more prone to becoming fatigued and had a reduced exercise tolerance that could be improved by returning iron stores to normal.

Anemia was such a serious problem in women that a major effort was made to fortify our food by increasing the iron content in flour and cereals. Today, iron-deficiency anemia is rare, and most women have normal iron stores. This has occurred not only because of higher dietary iron, but also because of oral contraceptives that reduce menstrual blood loss, pregnancies and, in turn, the use of iron supplements. A true success story.

But not so fast. It turns out there are advantages to having low iron stores, and some disadvantages to having normal or increased iron stores. Iron deficiency leads to an increase in the protein transferrin that transports iron in the blood. This protein has important immune effects that help the body combat bacterial and viral infections. While this is of little relevance in the well-nourished U.S. population, it is more critical in underdeveloped countries. A high transferrin level may help protect against measles and many other infections that can often be fatal in countries where malnutrition is a major health threat.

While too little iron is a major health threat, too much iron may not be good for you either. For the past 10 years, more and more information suggests that there is a link between the amount of iron in our bodies and many of the common diseases occurring in late life. Studies have shown that higher iron stores increase the risk of heart disease, cancer and even Alzheimer's disease. The mechanism is not well-understood. Iron is a potent oxidant, and high concentrations of the mineral may contribute to tissue damage that becomes progressively worse with advancing age. Furthermore, increases in iron stores may subtly lower the level of transferrin, resulting in an increased risk of infection.

Does this matter? Studies published in The New England Journal of Medicine clearly showed that the higher the amount of iron in the body the greater the risk of all cancers. As more and more information links higher iron stores with disease, many experts in the field have cautioned that too much iron, either from food or from iron supplements, may be harmful. This may particularly apply to a small number of people whose genetic makeup makes them more likely to absorb iron from their diets. In these individuals, higher dietary iron and the use of iron supplements can lead to iron stores that are at the upper limit of the normal range or obviously increased. They may be at particular risk of heart disease, cancer and Alzheimer's disease.

We have always thought that iron-rich foods, such as spinach, and iron supplementation in multivitamins and minerals my help promote vim and vigor. Today, there is more than sufficient iron in our diets, and doubling the intake by taking a supplement for many years is unnecessary and even harmful. Many of us are taking a multivitamin preparation with minerals on a daily basis. If you do not have an iron deficiency, are postmenopausal or are male, please make sure that you buy an iron-free multivitamin preparation. Fortunately, because of the concerns about too much iron, many preparations developed for older individuals are iron-free.

No matter your age, the only reason to take additional iron supplementation is if you are proven to have anemia or reduced iron stores. Remember that supplemental iron over many years may increase iron stores and the risk of illness.