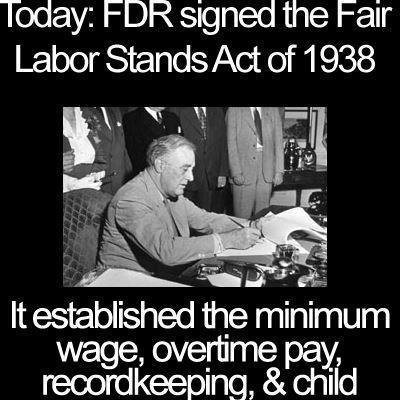 The tactics alleged will be familiar to nearly everyone who's ever worked a fast-food or retail job. Mandatory work off-the-clock. Shaving hours from time cards. Denial of meal periods and rest breaks. Charges for uniform purchase and cleaning costs that push the employees' wages below the minimum wage.

The lawsuits allege that McDonald's tries to insulate itself against such lawsuits by leaving work rules up to its franchisees. But the 27 workers who filed the lawsuits say the company provides its franchisees with management software that correlates employee hours with hourly sales. Managers and assistant managers are under constant pressure to make the numbers match up.

In response to the lawsuits, McDonald's issued a statement saying, in effect, that the company was shocked -- shocked! -- at the allegations and would be conducting its own investigation.

The lawsuits are part of a national effort, funded largely by the Services Employees International Union, seeking a $15-an-hour wage at fast-food restaurants. Wildcat strikes have been staged in more than 70 cities, including St. Louis. Another round of strikes was scheduled for today.

A $15-an-hour-wage for a hamburger worker seems like a longshot, particularly given congressional resistance to proposals for a $10.10-an-hour minimum wage and continuing downward pressure on wages. But there's an indication that economic pressures elsewhere in the economy are driving new activism at the low-wage end of the economy.

Josh Boak of the Associated Press, in a story published in Sunday's Post-Dispatch, wrote that as the economy shed middle-income jobs during the 2007-2008 recession, many of those workers found themselves in jobs that previously had been held by younger, less sophisticated workers. These older workers have greater expectations and more willingness to agitate for change than the minimum-wage slaves they replaced. They might even be willing to unionize.

In the late 19th and early 20th centuries, workers acting collectively brought about reforms like the minimum wage, 40-hour week and overtime rules. They earned a fair share of the profits their work created. They built the American middle class.

Those, in fact, were the good old days. With organization, they can come again.