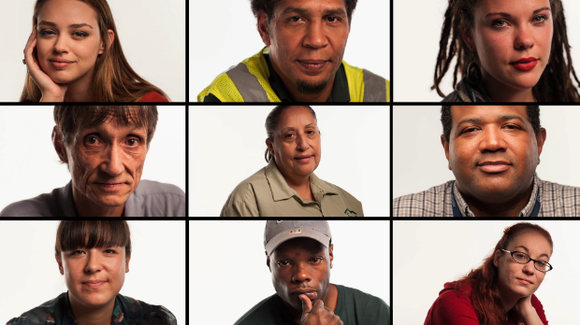 The debate next year will focus on how these cities are impacted by the wage increases. Critics say it will take away jobs while advocates argue that workers will be able to spend more money.

NEW YORK (CNNMoney) -- The New Year will start well for over 3 million workers -- they're getting a raise.

Employers in 21 states and Washington D.C. will hike their minimum wages on January 1.

This has been a huge year for low wage workers. Sparked by a wave of fast food and retail worker protests, more than a dozen states like Alaska, South Dakota and Nebraska and many cities such Seattle and Oakland have jumped on the momentum and passed new laws to raise the minimum wage.

"We've seen a historic number of states increasing their minimum wages," said David Cooper, an economist at the Economic Policy Institute, which researches minimum wage issues. "People's understanding of where the wage floor should be has changed a lot, and in part caused by strikes and protests."

It could certainly be a big day for Wayne Davis, who earns $8.25 an hour at McDonald's in Tampa, Florida. Davis earns 20 cents more than Florida's new minimum wage of $8.05. But workers across the board are likely see a pay bump, labor experts say.

"It's stressful having to live off of minimum wage," said 19-year-old Davis, who is hoping that he can help out his grandma, with whom he lives. Already, he pitches in $500 a month for household bills and is expecting his expenses to go up when he enrolls at the University of South Florida in January.

The city and state-led reforms are mounting pressure on Congress to raise the federal minimum wage, but the needle hasn't moved much there. Still, wages will likely remain a heated topic as the country enters the 2016 election cycle.

West Coast cities led the push for higher wages this year, breaking the $15 an hour barrier for the first time. Seattle and San Francisco passed $15 wage laws, while Los Angeles announced a significant wage hike too.

San Diego will raise its wage on New Year's Day from $9 to $9.75 an hour with further increases in following years.

The debate next year will focus on how these cities are impacted by the wage increases. Critics say it will take away jobs while advocates argue that workers will be able to spend more money.

"It certainly has been a long time since we've seen a big day like this," says Chris Tilly, a wage expert and professor at University of California, Los Angeles. "People are concerned about inequality. This is a reform that targets inequality."