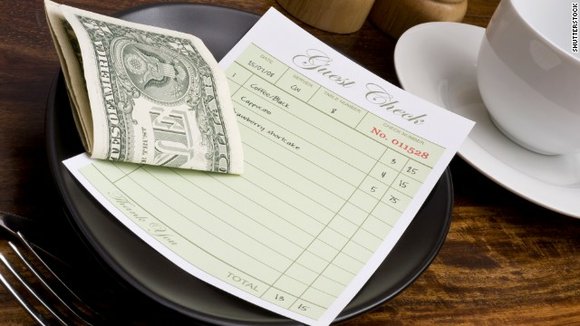 On Twitter, Edelman had been raked over the coals, with some accusing him of living up to the worst stereotypes about lawyers and Harvard minds.

(CNN) -- Harvard Business School associate professor Ben Edelman was in the running this week for "Most Disliked Guy on the Internet" -- and all because of $4.

After accusing a restaurant of overcharging him, Edelman began an epic back and forth with the management that went viral. Now, the professor is apologizing for letting the dispute spiral so out of control.

When he placed his order, Edelman thought his meal would run him $53.35. But when he checked his receipt, he noticed he'd been charged an additional $4 -- or, as he noted in the first of several emails he sent to Sichuan Garden, an apparent "increase of $1 on each and every item."

Celebrated bartender Ran Duan, who manages the bar inside his parents' Sichuan Garden location, was the one to respond to Edelman's complaint. In doing so, he kicked off an epic three-day email exchange that ended with Edelman, who is also a lawyer and fashions himself as a "Web sheriff," considering legal action against the restaurant.

It turns out that the menu Edelman viewed on Sichuan Garden's website was out of date, which Duan apologized for and said he would fix.

This was Edelman's response:

"Under Massachusetts law, it turns out to be a serious violation to advertise one price and charge a different price. I urge you to cease this practice immediately," he wrote. "In the interim, I suggest that Sichuan Garden refund me three times the amount of the overcharge. The tripling reflects the approach provided under the Massachusetts consumer protection statute, MGL 93a, wherein consumers broadly receive triple damages for certain intentional violations."

Whether Edelman offered a correct interpretation of the law in that instance has been up for debate. But Edelman's email exchange with Duan didn't end there. After Duan offered to pay Edelman $3 as restitution, the professor replied that giving only him a refund would be "an exceptionally light sanction for the violation that has occurred." As a result, Edelman told Duan that he'd reported the issue to local authorities and hoped that would cause the restaurant to "identify all consumers affected and to provide refunds to all of them."

After more back-and-forth, Duan eventually had to ask: "Is this really worth your time?"

For Edelman, the answer was "yes." He told Business Insider in a statement that "the restaurant at issue knew the website prices had been 'out of date for quite some time.' At what point should they do something about it? I'm pleased to have at least gotten the problem fixed for the benefit of others."

The professor seemed to have a change of heart on Wednesday, posting an apology to his website.