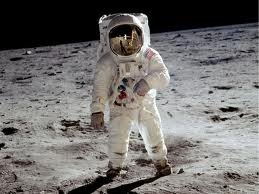 Here's a look a look at what you need to know about human spaceflight programs in the U.S. and around the world.

Facts: The United States ended its human spaceflight program with the launch of Atlantis on July 8, 2011 and landing on July 21, 2011.

China and Russia are the only other countries to have independent spaceflight capabilities.

India and Iran have both announced their plans to send a manned spacecraft into space. 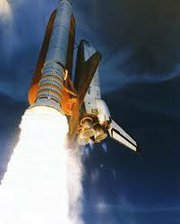 Timeline: October 4, 1957 - The Soviet Union launches Sputnik I, the first artificial satellite, which starts the "space race" between the Soviets and the U.S.

October 1, 1958 - The official start of the National Aeronautics and Space Administration (NASA).

May 25, 1961 - President John F. Kennedy addresses Congress, "First, I believe that this nation should commit itself to achieving the goal, before this decade is out, of landing a man on the moon and returning him safely to the earth. No single space project in this period will be more impressive to mankind or more important for the long-range exploration of space; and none will be so difficult or expensive to accomplish."

1958-1963 - NASA's Project Mercury. Its objectives are: - to orbit a manned spacecraft around Earth. - to investigate man's ability to function in space. - to recover both man and spacecraft safely.

April 12, 1961 - Soviet cosmonaut Yuri Gagarin is the first human in space aboard Vostok 1. He spends 108 minutes in space and makes one orbit around the earth.

May 5, 1961 - Project Mercury astronaut Alan B. Shepard is the first American in space aboard Freedom 7. He spends 15 minutes in sub-orbital flight.

February 20, 1962 - Project Mercury astronaut John Glenn is the first American to orbit the Earth, aboard Friendship 7. He spends four hours and 55 minutes in space and orbits the earth three times.

1962-1966 - NASA's Gemini program. Its objectives are: - to subject man and equipment to space flight up to two weeks in duration. - to rendezvous and dock with orbiting vehicles and to maneuver the docked combination by using the target vehicle's propulsion system. - to perfect methods of entering the atmosphere and landing at a preselected point on land. - to gain additional information concerning the effects of weightlessness on crew members and to record the physiological reactions of crew members during long duration flights.

June 16, 1963 - Soviet cosmonaut Valentina Vladimirovna Tereshkova is the first woman in space aboard Vostok 6. She spends 70 hours in space and orbits the earth 48 times.

1963 -1972 - NASA's Apollo program. Its objectives are: - to establish the technology to meet other national interests in space - to achieve preeminence in space for the United States - to carry out a program of scientific exploration of the Moon - to develops man's capability to work in the lunar environment