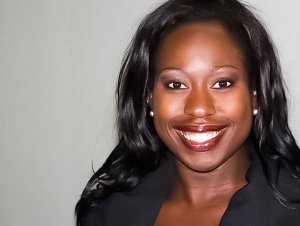 WHAT: Macy’s and Urban Intimates invite customers to preview their newest 2013 Collection. Join us for an exclusive afternoon with Urban Intimates Founder and President Psychelia Terry. The event includes a fashion show hosted by Fashion & Beauty Editor for the Houston Chronicle Joy Sewing, featuring the brand’s introductory collection designed to complement every curve. Afterwards, chat with Psychelia and learn how to enhance your figure with lingerie.

As you shop the line, enjoy mocktails, a dessert bar, bra fittings and a special celebrity guest appearance! Plus, receive a mini Urban Hydration at home spa therapy scrub with your qualifying purchase.*

*One per customer; while supplies last.

WHO: Psychelia Terry of Urban Intimates is a 2011 graduate of The Workshop at Macy’s program, which aims to nurture and grow the next generation of minority- and female-owned retail business talent. For more information and how you can be part of it, visit macys.com/workshop.

WHEN: Saturday, August 17th at 2pm

Macy's, the largest retail brand of Macy's, Inc., delivers fashion and affordable luxury to customers at approximately 800 locations in 45 states, the District of Columbia, Puerto Rico and Guam, as well as to customers in the U.S. and more than 100 international destinations through its leading online store at macys.com. Via its stores, e-commerce site, mobile and social platforms, Macy's offers distinctive assortments including the most desired family of exclusive and fashion brands for him, her and home. Macy's is known for such epic events as Macy's 4th of July Fireworks® and the Macy's Thanksgiving Day Parade®, as well as spectacular fashion shows, culinary events, flower shows and celebrity appearances. Macy's flagship stores -- including Herald Square in New York City, Union Square in San Francisco, State Street in Chicago, Dadeland in Miami and South Coast Plaza in southern California -- are known internationally and leading destinations for visitors. Building on a more than 150-year tradition, and with the collective support of customers, employees and Macy's Foundation, Macy's helps strengthen communities by supporting local and national charities giving more than $70 million each year to help make a difference in the lives of our customers.