A Musical Celebration for King By LAN 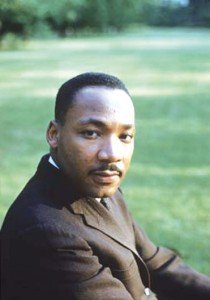 In observance of a man who is recognized throughout the world as being a dedicated Civil Rights activist who believed in non-violence, strived for justice and equality for all people and preached the word of the gospel; there were numerous activities and honors for the late Dr. Martin Luther King, Jr. One of the many activities that took place throughout the city of Houston was the “Dr. Martin Luther King Day Annual Concert presented by The Scott Joplin Orchestra” which occurred Sunday, at Pleasant Grove Missionary Baptist Church in Fifth Ward. The concert was a collaborated effort of the Pleasant Grove Cultural Art Series and The Community Music Center of Houston (CMCH). The concert included various musical selections with a special tribute to Dr. King in speech. The audience of youths and adults was captivated by this cultural experience of music and song.

The audience was treated to a variety of musical selections. There were old Negro hymns, such as “The Negro National Anthem”, Duke Ellington favorites such as “It Don’t Mean a Thing (If It Ain’t Got that Swing); as well as, songs such as “It Ain’t Necessarily So,” which was performed by guest baritone soloist DuWayne Davis. Davis and guest soprano soloist Cassandra White performed a duet from the famous opera production Porgy and Bess. These two performers brought the audience to their feet after their delightful performances of the musical selections. As the orchestra, made up of teens and adults, played “We Shall Overcome” gently in the background, Davis read one of Dr. King’s famous speeches “I Have a Dream”. The soloist Davis serves as the Minister of Music at Pleasant Grove Missionary Baptist Church.

The orchestra’s conductor Anne Lundy established “The Scott Joplin Chamber Orchestra” in 1983 at the Community Music Center of Houston. Lundy shares classical and cultural music of African American and women composers with Houston’s communities. In 2004, the orchestra performed “The Star Spangled Banner” with actress and singer Beyonce Knowles as part of the NFL’s Super Bowl XXXVIII pre-game show. The Scott Joplin Chamber Orchestra is one of the nation’s oldest contemporary majority African American community orchestras and has performed throughout the state of Texas.

One of the presenters of this event was the Community Music Center of Houston (CMCH), which is an organization that has presented productions of all genres of music including classical, spirituals, rhythm and blues, gospel, down home blues and big band tunes. The CMCH offers educational programs for children and adults, such as music lessons and performance assistance for children. The organization offers workshops and master classes for students seeking advanced training. Currently, CMCH is partnering with various schools and museums for students to broaden their musical skills and knowledge of the unique genres of music. The CMCH offers lessons in piano, guitar, bass, strings, voice, percussion, and woodwinds. The organization has presented a multitude of performances, including “The Music of Motown Revue”, a tribute to the late band leader Conrad Johnson, a tribute to women in jazz, and a host of other productions. For more information on CMCH and bookings, contact (713) 524-1230 or email at cmch1@live.com.

The other presenter of the event was Pleasant Grove Missionary Baptist Church, which is recognized worldwide for its charitable giving in countries around the world, cities in the United States and the Prayer Bowl. The pastors of the Pleasant Grove M. B. C. are Charles L. Jackson and Sheldon L. Jackson. The church began its spiritual educational journey in 1872 with a modest facility and has since grown to a dome structure that now graces the corner of Jensen and Conti in Fifth Ward. Pleasant Grove has stood as a pillar of the Fifth Ward community, and it has been influential in the start of numerous church structures in Texas. This joint venture between CMCH and Pleasant Grove M. B. C. is just the start of a long relationship in educating our youth and adults on the appreciation of a wide range of musical genres.