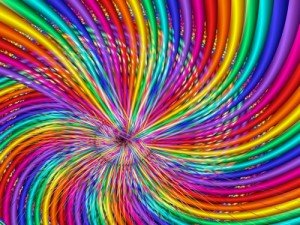 Patrons started lining up at about 9:40 p.m. and were told to wait in line and not allowed inside, even as straight-appearing people were waved through. As the line grew and patrons waited in the rain, employees at the door told those who were that they were maintaining a “ratio.” Later, the bar employees simply indicated they had the right to refuse anyone.

“I was shocked to be a victim of that kind of discrimination in a city like Houston in 2009,” said Neal Falgoust, a Houston law student. “I have never experienced anything like that before in my life.”

A patron who arrived at the bar early reported that the bar was nearly empty at about 9:40 p.m., when gay people started arriving and were stopped at the door.

Gay people continued to line up to the street and around the corner as people who appeared to be straight went to the front and were ushered in. Kris Banks, who stood at the front of the line, said the bar employees were asking the women who were entering with men if the men were accompanying them. If the men were with the women, they were allowed in.

“I arrived and heard that they were not allowing gay men in, so when I got to the door with three women I asked if we would be allowed in, and the door employee said ‘I was told to keep you out,’ ” said Lindsey Dionne. “This was supposed to be a social event, but now it’s political.”

That this kind of discrimination is still legal in Houston makes it more outrageous. A coalition of GLBT rights groups, including the Houston GLBT Political Caucus, the Houston Stonewall Young Democrats, the Harris County Impact Houston and Amicus at South Texas College of Law said Saturday that the incident is proof of the necessity of legal protections for sexual orientation and gender identity for public accommodations.

“Houston is the only major city in Texas without a law that prevents this kind of discrimination,” said Jerry Simoneaux, GLBT civil rights lawyer. “This incident is exactly the reason Houston should implement such an ordinance.”

The event was organized as Houston’s first “Guerilla Gay Bar,” a tongue-in-cheek event that has been popular in other cities in which GLBT individuals come to traditionally straight bars to interact with other communities. Though Guerilla Gay Bars are usually a surprise event in other cities, Houston organizers informed the bar owner in advance out of courtesy and were told they would be welcomed.