In Case You Missed It: Health Care Reform Must Lower Costs 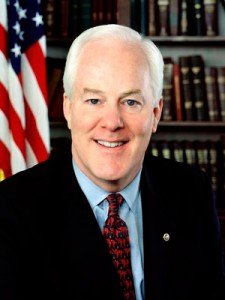 In the Senate debate over health care reform, our priority should be to lower costs for American families and small businesses. At one time, there appeared to be broad bipartisan consensus on this goal. Yet the bill on the floor of the Senate will actually increase costs throughout the system, specifically for those who purchase health insurance on their own

Early in the health care debate, lowering premiums seemed to be a top priority in Washington. As a candidate, President Obama had made a "solemn pledge" that health care reform would cut a typical family's premiums by up to $2,500 a year. By this fall, however, he had lowered the bar. In a big speech before Congress, he claimed that his plan would merely "slow the growth" in health care costs, not reduce costs.

President Obama may have lowered the bar, but Congress still can't clear it. The ill-conceived bill on the floor of the Senate would raise taxes, cut Medicare and cost $2.5 trillion in the first 10 years of implementation. Perhaps worst of all, the Senate bill would increase health care premiums for millions of American families and small businesses.

Several independent studies confirm this. The nonpartisan Congressional Budget Office estimates that families who buy coverage on their own would see their premiums rise by up to $2,100 a year and that up to 10 million Americans would lose their employer-based coverage altogether. Another comprehensive study estimates that the costs of individual coverage would be 54 percent higher with the Senate bill than without it, including 61 percent higher in Texas.

Premiums would rise in part because the Senate bill would force workers to buy more expensive policies. Many workers, for example, currently choose to buy lower cost policies that cover catastrophic care but would no longer be available under new Washington mandates. The Urban Institute estimates that these mandates could force singles to pay more than $1,000 a year in additional higher premiums.

Premiums would also rise because the Senate bill creates perverse incentives for healthy individuals to wait until they get sick to buy coverage. New York and New Jersey experimented with similar rules. In both states, premiums skyrocketed and many health insurers left the market altogether.

Higher taxes in the Senate bill would also increase the cost of private insurance. Private plans would be subject to excise taxes of nearly $150 billion, and the health care industry would absorb more than $100 billion in new taxes and fees. Many of these taxes and fees would be passed along directly to the consumers in the form of higher premiums.

Finally, premiums would increase because of additional cost-shifting from the Medicaid program. Medicaid currently reimburses providers at very low rates, which is why 38 percent of doctors in the Dallas area won't see Medicaid patients. Those who do accept Medicaid make up the difference by charging more to those with private insurance. The Senate bill would increase this cost-shifting by forcing an additional 15 million Americans into Medicaid, including 2.4 million here in Texas.

I believe we should reject this Senate bill and return to our original goal of lowering health care premiums. We can do that by expanding competition in the insurance market and allow the purchase of policies across state lines. We can encourage small businesses to buy insurance together, so they can command the same purchasing power as large corporations. We can reduce the costly practice of defensive medicine, by enacting lawsuit reforms similar to those we've adopted in Texas.

These ideas would find bipartisan support in Washington, and deliver lower insurance premiums to millions of Americans.

Republican John Cornyn represents Texas in the U.S. Senate. He may be contacted through cornyn.senate.gov.