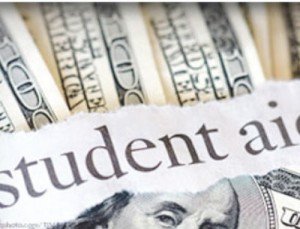 1. Which parent should fill out the financial application forms for a college-bound student?

Sigler said “Families will sometimes, mistakenly, include the income information for both legal parents. The FAFSA is requesting information from just one parent....” Sigler said. Kantrowitz said the parent who fills out the form isn’t necessarily the parent who has “primary custody” as the court defines it. It should be, he said, the parent the child lives with most often is the one who should fill out the forms. In situations where parents split custody 50-50, “...the financial aid office will likely choose whichever parent has the highest income.” In the event that a student’s parent hasn’t maintained contact with the child, Kantrowtiz said he or she is simply not the custodial parent. “Only one parent’s household income information is included on the FAFSA, so the student would likely use the information for the parent who is still around,” Sigler added. One answer does not fit all situations. Generally, there is probably little impact on the student’s financial aid.”

2. If you’re not divorced yet, how should the forms be filled out?

Not all parents are officially divorced when it comes time to file the application for student aid. Both Kantrowitz and Sigler said if a couple is separated and planning to divorce, they are considered divorced in terms of financial aid. “If the separation is with the intent to divorce, and the parents are living in separate locations, there is no difference in qualifying for aid. The reason is because it is appropriate to list only the information for the custodial parent’s household,” Sigler said. Kantrowitz, however, warns that co-habituating parents who claim they are separated do not count as separated. “If the husband is living in the basement and the wife upstairs, that doesn’t count … it has to be two separate residences,” he said. “That is often a misconception, and the schools will generally be suspicious if the separate residences is something temporary is like a hotel room.”

3. What happens if a parent gets divorced while the student is attending college during the school year?

In some situations, Sigler said, the student’s parents may divorce during the school year. “If a separation or divorce is one of those unexpected situations that occurs and the FAFSA was already completed with both parents’ income information, the family should work directly with the financial aid office at the student’s school to see what adjustments can be made to the FAFSA,” she said. “The school will determine if it is appropriate to change the data, and the school will actually make the changes.”

4. What happens if a parent gets divorced during the school year?

According to Kantrowitz a popular trend among divorce cases is to establish a college support agreement, which determines what, if any, financial aid the student will receive from either party. Kantrowitz said an agreement could range from a pre-determined amount of money to pay for tuition, living expenses or other college-related bills. When a custodial parent fills out a FAFSA, however, he or she is required to list any money received as part of a college support agreement. This money is considered like any form of income.